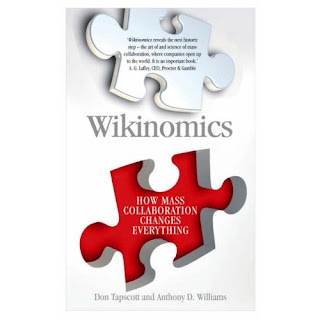 I admit, I was excited to read this.  While I had some concerns about the concept of “Wikinomics”, this factored greatly into my interest in reading. Not at all surprisingly, two things were immediately unsettling early in the book.

First, the language frequently lapses into nebulous hype, the likes of which I’m accustomed hearing on late night infomercials. It sounded like the authors were trying to sell me rather than tell me about a concept, or that their own knowledge of the subject was speculative, not authoritative.

Second, in my opinion, they seem to have a seriously misguided interpretation of the nature of open collaboration in the Web X.x sphere. Specifically, they freely associate projects that operate on the basis of extrinsic motivation with those harnessing intrinsic motivation. The tactics used by Goldcorp and Proctor and Gamble to attract prospectors and mercenaries are nothing akin to the lures that propelled Linux and Wikipedia from laudable but naive ideas (at the time of inception) to fully-realized icons of mass collaboration.

Distributing formerly closed data to the public and allowing individuals to offer competing solutions in return for money is still the capitalist model of old, even if wikis and other Web X.x technologies are used in the process. The company and participant motives are different. Work among participants is adversarial, not cooperative; and for individual gain, not the common good.  And the work is ultimately owned by the company.  It profits by selling the solution back to the public.  In “Web 2.0” parlance, this is called crowdsourcing: 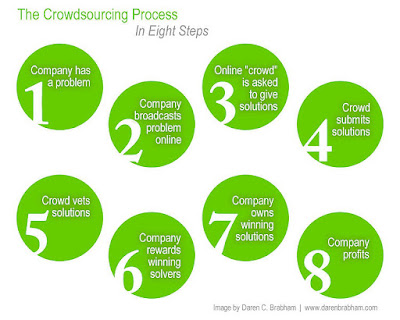 The text’s airy language — powerfully positive but often non-specific — seems to be the adhesive tape the authors used to hold these two dichotomous motivational halves together into a unified whole, but they are not two approaches to mass “collaboration”.

While I have some fundamental disagreements with their premise, overall I found the book a worthwhile read.  It’s preferable, if not absolutely essential, to be regularly exposed to ideas that challenge your own, and this book was provocative at times.  In other chapters it provided good conceptual summaries and a number of interesting histories, not all of which I was previously aware.