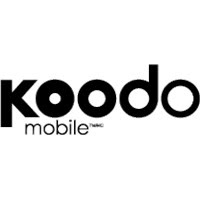 I haven’t had a wireless phone for 9 years — not since my last contract expired.  I could expound on that statement, but why?  The fact that I’ve avoided any attachment to the industry for as long as I have probably summarizes my experience better than any words I could write.

In the years since, a lot has happened, not the least significant of which was getting married and having several children.  A recent incident made me consider that a mobile phone might be worth having just for the sake of emergencies, so I began looking at the options: companies, plans, model availability, and service and hardware reviews.

It was an experience mixed with smug satisfaction and dread; while there were the expected technical advancements, it was clear that Canadians hated their mobile phone companies as much as ever.

Finding a positive review that wasn’t submitted by a shill proved impossible, and I finally elected to go with Koodo.  It wasn’t that I was impressed by what I read — one of the kindest assessments I found described them as “Telus with less Sucks” — but I felt that paying $150 to settle the cost of the phone was worth it, if it meant I could escape from the company if necessary.

With that in mind, I ordered a phone, an accessory pack and a plan via the Koodo website and prepared to be disappointed with inaccessable and rude customer support, and service that went down for hours at a time.  Seriously — this is what I read.  And I only made this calculated gamble for the financial considerations above, plus the fact that I have an extensive background in mental health care and felt confident I could contend with even the most savage customer service rep.  As for the service outages, I read another thread that suggested that the problem might be related to failing to turn off the phone once in awhile.  Another solvable problem.

My order was shipped out the same day and was couriered to my door within two days.   A promising start.  Then disappointment…  I opened the package and the “universal” kit I ordered was nothing of the sort.  The travel charger would not fit my phone’s power input, and the leather case was too small.  So, I charged the phone with the factory charger, turned it on, and received 0 bars.  The latter was not a suprise; my extended families’ phones through another provider have the same issue.  I haven’t determined whether it’s because we live in a peripheral zone, or the fact that our walls are as thick as a 50s-era bomb shelter, but we can’t get a signal without standing in the driveway.

I took several deep breaths and called customer service support.  It was 8:15 PM, and I waited for 50 minutes before finally reaching the front of the queue.  Time for one more deep breath, and a greeting that I hoped would put the rep at ease:

“Wow, that was a long wait.  I can only imagine how crazy things must be for you,” I said.

She laughed, and we shared some small talk.  I asked if I would be charged a $35 activation fee because the website was not currently able to do activations, and she assured me I wouldn’t be.  Because I was unable to get a signal she was unable to activate my phone for me, but she gave me simple instructions to do it myself.  I thanked her for her kindness, and walked out to my driveway to activate the phone.  It worked!  Then I regretted that I’d neglected to ask the representative for her name… even  with the frustrations trying to activate the phone, the experience had been nothing like I’d read about on-line.

The following day I hesitated to call the Koodo webstore to talk about the mismatched kit.  I put it off for four hours before finally deciding that I would approach them with friendliness and good humour, and be prepared to deal with anything: an RMA return at my expense, an exchange for in store credit at a brick and morter location, a %15 restocking fee… whatever.  So I called…

“I don’t know… I really hope so,” I replied, then I described the problem I had with unmatched accessories that the webstore had suggested for me.  Then I asked if I could get a pen in case I needed to mail it in, or write down an address to drive to.

“It’ll be easier than that — you’ll see,” he said, and asked if he could put me on hold.

I waited, wondering what he’d meant, and hoping the wait wouldn’t be anything like my activation call experience.  It wasn’t.  In short order he was back on the line to apologize for the problem with the website, and to tell me that I could keep the equipment without charge.  Then he confirmed my credit card information, and told me that the full amount, including tax would be credited back to my card within the next few days.

I was flabbergasted, but not so much so that I forgot to get his name — Aleem.  I thanked him and remarked about how different this experience had been than anything I’d read on-line.  I asked if I could tweet or blog about it, and he was only too happy to comply.  So I sent out a tweet immediately, thanked him again, and added jokingly that I hoped I wouldn’t need further Koodo support for awhile.  He laughed; we hung up; I felt good.

When I arrived home later that day I got a message that Koodo had phoned me back to thank me for tweeting about them.  I’ve never been thanked by a company before, especially after they’ve been the ones helping me with a problem.

This is only my own experience, and I don’t claim that you’ll have the remarkable interaction that I had, but at least there is now one decent review on-line that wasn’t written by anyone even remotely connected to the company.  If you don’t believe me, keep reading my blogs, or my twitter and identica posts.  You’ll be bored to death with endless information about privacy, gov2.0, and open source software.

If I can offer one bit of advice, it’s this: be nice to people with power, and more importantly, know who they are.

As a former social worker who visited myriad of schools, I know that the person in power is not the principal, but the custodian (they have keys to everything) and the secretary (they’ve got files, the computer, the appointment book, and still more keys).  Likewise, the person that runs Koodo (or Telus, Rogers, or Bell) is not the president, but the customer service representative.  Their job sucks.  They’re run into the ground by people who are angry with a service, and are taking it out on the most easily accessable company personnel they can.  Don’t be the next person to treat them that way.  Instead, assume that they’re probably very stressed and proceed accordingly.  Ask about them about their day.  Make it clear that you have a problem and that you hope they can help.  Be excessively patient, respectful and thankful.  And do all of the above with sincerity.  Even with the background I possess, I’m not sure I could do the job they they do, day after day, with the patience that they do it with.  Could you?

So, again: Thank you Aleem.  Thanks helpful customer service lady who helped me activate my phone (and I do feel bad for not writing down your name).  Thanks Koodo for calling me back to thank me.

And for the skeptics still harbouring the burning question: Yes, I got my refund — on time, and exactly as Aleem promised. 🙂