↓ Skip to Main Content
Home › Technology › The Future of GCconnex

Note: This post contains links only accessible within the Government of Canada network. 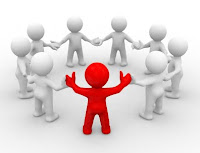 Recently, GCconnex (the Government of Canada’s professional networking platform) conducted a 14 day survey (October 20 to November 2, 2009) to gather user impressions. Now, Thom Kearney has posted the results of the 253 completed responses, along with an invitation for users to share their thoughts on the GCconnex Professional Network Pilot Working Group forum.  If you have an opinion about the look and feel or usability of GCconnex, the ELGG software it runs on, or the findings of the survey itself, I strongly encourage you to join the group.

If you’ve yet to register with GCconnex, the best way to form an initial impression to share with your fellow public servants is to sign up immediately.  Alternately, if you were an early adopter who hasn’t dropped by for a look recently, you might want to check out the current state of the platform.  As George Wenzel reported on The Wire recently: “Haven’t logged into GCConnex in a while – wow, things sure have changed!”

The November 10, 2009 meeting minutes of the Government of Canada professional networking pilot group posted on GCPEDIA indicate that CIOB will keep running GCconnex as-is at least until end of the current fiscal year, but that “CIOB will not fund next year at [the] current level”.

Your feedback and participation in GCconnex is vital.  And, if you need a hand moving in, call me.