I’m not what you would call an environmentalist, but I’m trying.  I’m also frugal and pragmatic, so my life choices are sometimes guided by less noble ideals than protecting the earth. 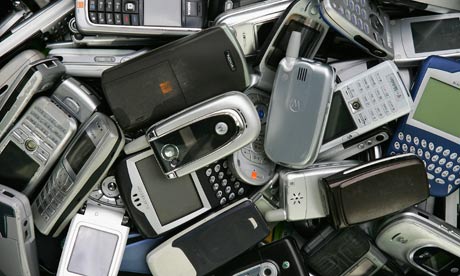 That said, I’ve recycled for all of my adult life… since university graduation at least.  I’ve been buying all my clothes (except socks and underwear!) and other household goods from second-hand shops for the last decade.  I’ve long used services like Freecycle to receive and redistribute with others.  And, for about the same time I’ve been a Linux user.

Oh God, Not Linux
Linux Linux Linux. What is it about this fringe, geekoid operating system that obsesses me so much? Well, in addition to being available free of charge, it allows you to breathe new life into old hardware, drastically increasing the usable lifespan of your devices.  Sure, you could continue to run the same patched copy of Windows XP that you’ve been pirating to run on all your household computers, but wouldn’t you rather have a completely modern and secure OS keeping those PCs humming on the Internet (with just one legal copy of Windows running, for those must-have video games that Linux doesn’t fit the bill for)?  Mageia and Mint make it pretty appealing these days…

I Still Love Windows
Really?  Well keep running XP then.  Seriously: do what works for you.  Anything to keep those devices out of the landfill.

With the release of the iPhone 5, I’ve been reading with interest the reports from CNET reporter Jay Greene.  While I was unaware of the specific plight of Guiyu, I always assumed that any e-waste I generated would become the problem of some offshore nation. I’ve tried to keep that in mind while still feeding my inner tech geek…

Desktop
I’ve been careful (and frugal!) with my tech toys over the last 10 years.  The PC I hand-built in 2001 to replace my dead beige PowerMac G3 was self-repaired and slowly upgraded for nearly a decade—moving from my personal workstation, to family PC to kid computer—until the motherboard finally gave out.  Even then, I gave the computer away for parts via Kijiji.  Linux made it possible for me to have a state-of-the-art OS running on hardware that was bargain-basement even at the time I’d bought it (the motherboard and CPU was a $99 bundle from an e-tailer).

My replacement PC, an AMD Athlon64 x2 (4400 AM2), was bought for $327. It was so cheap that it cost less for me to buy assembled than the cost of the individual parts. I’m quite certain I can get about 8-10 years out of it, too.  One power supply replacement and one hard drive replacement should do it, given past experience.

Laptop
My current notebook, a Dell B130, was purchased in May 2006 in refurbished condition from Dell’s outlet store.  It came with XP pre-installed, but was modified to dual-boot Linux the day I received it.  It has run various flavours of Linux for the last 6 years, and has received a memory upgrade, a new keyboard and a new power supply cord. Total cost: ~$50 (parts only, self-repaired).  The laptop was low-end even then: a 1.5 GHz Celeron M, and cost $400 shipped, bag included.

It currently runs Debian Linux and I have no plans to replace it, barring a critical system failure in the motherboard.  When the hard drive fails, I might replace it, or I might run Linux from a USB stick.  We’ll see.

Phone
I have an HTC Desire.  While I proudly admit to being an Apple fanboy from about 1978 (Apple II) to 2001 (PowerMac G3), I got fed up with their increasingly proprietary nature.  So… no iPhone for me.  If it’s not a software hackable, hardware self-upgradable device, I don’t want it.

Of course, the telcos don’t make it too easy. On the Android platform they’ll generally push out one OS revision before moving their attention to supporting the lastest crop of hot phones.  Fortunately, there are plenty of grassroots initiatives to port new versions of Android onto “old, unsupported” hardware.  Of these, xdadevelopers is the best. While not without some risk, there are automated tools that can “root” your phone (allowing admin-level access, so you can alter/change the core software) and upgrade to a new version of mobile OS. And, of course, there are the support forums where dozens of people who had your particular problem, have already had their questions answered.

Think about upgradeability from the start.  It helps if you choose a phone with good specs: a fast processor, enough internal memory, and the ability to open it to change the battery or add more internal storage.  My Desire came preloaded with Android 2.1 (“Eclair”), which ran easily given its 1 GHz processor.  I currently have it running Android 2.3.7 (“Gingerbread”) with the MildWild rom. While the phone is now two years old, I have no plans to replace it.  It boots faster and runs smoother than the stock version did (due to OS improvements, and the removal of HTC’s Sense UI interface).  There have been a few bugs, but overall it is a better experience than the factory one. Even after community support disappears, I will use this phone as long as it remains secure and functional.

Old school is cool
I don’t need to have the latest of everything.  Do you?  I know you want to, but do you need to?

There are plenty of ways I can spend my money and my time that don’t involve pre-orders and lengthy queues, or trying to figure out how I can sell still-valuable equipment that people will only want to offer me half-price for.  I also don’t have to maintain any secret shipping addresses or wrack my brain concoct huge convoluted speeches to my wife justifying my insatiable need to purchase.  Not that it ever works…  iFool no-one.  Not even myself.

I want to enjoy my devices, and part of this includes feeling like I have enough control to make them work the way I want them to: cleanly, quickly, cheaply.  And I do.  One of the greatest unexpected benefits I’ve received by rooting my phone?  The ability to block all the ads in apps at the IP address level.  I’m not averse to paying for apps in order to get additional features, but I truly dislike the apps that are ad-driven and consume valuable screen real-estate with banner ads.

Buying wisely and updating the software when I feel that uncomfortable “need for more” has been healthy for me: my marriage, my wallet, and yeah, the environment.

So how about it?